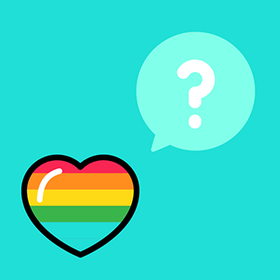 Think You Could be Gay?

What You Need to Know

It is not uncommon for young people to explore their sexuality with someone of the same sex. It doesn’t necessarily mean you're gay. But if you've felt attracted to the same sex very strongly for a long time, you could be bisexual or gay.

Some people know from an early age that they are “different”, while others need time to explore and experiment to understand more about how they feel. Your sexual identity can take time to become clear, so you don't need to be in a hurry to put a label on yours.

In many countries gay men and women live and love openly, and even get married. But homosexuality is illegal in some countries. Because it's criminalised, sharing the fact that you are lesbian, gay or bisexual (coming out) can be dangerous.

You will need to get support to help you learn how to manage discrimination and stigma and personal safety if you come out. Don’t suffer alone! You can identify support structures for yourself and your family. In many places, there’s a gay scene under the surface, where people meet at clubs, organisations and entertainment venues.

If you are gay, it's important to remember that there is nothing wrong with you no matter what others say. Being gay is a daily struggle for a lot of people, but you are not alone. Find a local support group either online or in your community for support and advice.