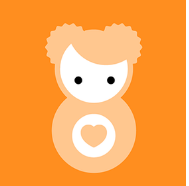 True Story: 'Sex is the best'

But the guys lied to me

The older guys in our neighbourhood would always tell us about sex. They said how sex was the best feeling ever. They told us it was so good, it compelled you to want a lifetime of pleasure. They said it was the best hour of your life!

When I got to 16, I was so anxious to know what sex felt like. Was it like the boys said? What would it be like? I was yet to find out.

Later that year I got into in a relationship with a certain girl. It may have been teen love but infatuation is a better term.

One day I was alone home when she called. I invited her over and we talked and laughed. We were just having fun together. She said she wanted to use the bathroom. When she came out she was naked!

I am a normal guy so of course my body reacted and I got an erection. This was my moment, but I was also nervous. She said she wanted to sleep with me. Before I could decide or back out, the temptation had already taken control of my body and we had sex. It was as good as all the boys had told me. It was the best moment. But 20 minutes later, I started to worry.

What had I done? I hadn’t used a condom! That meant I had a chance of becoming a dad! What if she had HIV?

Then came the problem, the sorrow, the worries! What had I done...despite the sweet 20 minutes.

She was pregnant. From just one time – my first time. Sex wasn’t the time of my life.

Sure if felt nice, but it was a hoax that left me with problems.

This Tune Me reader could have prevented all this by saying ‘no’ to having sex or simply using a male or female condom. Find out how to have safer sex and prevent a pregnancy by reading the links below. Tell us, do you think sex is worth any risk?