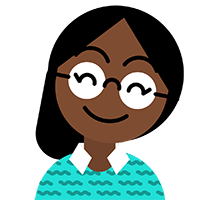 SmartSista: Will I lose him

I always suspected that my ex, Mwansa, had given me a sexually transmitted infection (STI). Had he cheated on me? If so, I knew that chances were high he hadn't used protection because he never wanted to wear a condom with me.

It was only when things started becoming serious with my new guy, Chembe, that I knew it was important to get tested for STIs. I would have felt very guilty if I started sleeping with Chembe without knowing.

When I went to the clinic, the doctors checked me out and said it looked like I might have something. I burst into tears. But the doctor told me that he thought it was a bacterial infection and it was completely treatable with antibiotics. I was relieved. The doctor told me to tell my sex partners to get tested, to take all of the antibiotics he prescribed and not to have unprotected sex anymore. He also gave me condoms so that I wouldn’t.

I was ashamed. At first, I didn’t want to say anything to Chembe. But he wanted to take things to the next level and I just knew I couldn't have sex with my STI secret. So with a lump in my throat I told him about my ex and how he had cheated on me and that I had gone to the clinic. He looked alarmed. But I told him I was treating my STI and would soon be healthy again.

Chembe was angry I hadn’t told him what I was going through. I told him I didn't want to lose him by telling him I had an STI. He said it was wrong of me to keep it to myself for so long. A day later he came past and said he had been to the clinic too to get checked out and get treatment, too. He said he was glad I told him.

We make sure we use condoms every time. Being burned once is OK but being burned twice is foolish!

As soon as you spot the signs of an STI, suggest taking a test together. That way you get the results together. But remember, in most cases of STIs the person has NO signs or symptoms. So if you’ve been taking risks, go get checked out, even if you don’t have any symptoms. Go straight to a government or private health facility or clinic. The earlier it's caught and dealt with, the less likely you’ll have problems later as a result.