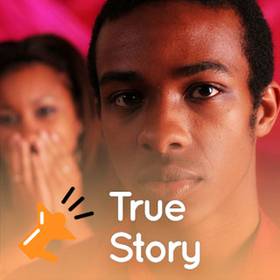 MyStory: My friend's hiding a secret

Should I tell the girls?

I have this friend who told me a while ago that he has syphilis. I assumed he wouldn't be having sex anymore.

He’s still messing around with a lot of girls.

And the worst part is the symptoms of syphilis aren’t always visible. So these girls don’t know he’s got an infection! I’ve told him it’s just not cool. But he is too ‘ashamed' to face reality.

He's afraid that if he tells a girl, she'll run for her life. He does use a condom every time he has sex. But condoms don’t totally protect your partner from getting syphilis. You can get it from skin contact with a syphilis sore or ulcer. And these could be anywhere on his body.

The only solution is to go to a doctor. Get diagnosed. Then take medication.

Knowingly spreading any kind of sexually transmitted infection is dishonest. I can’t believe he’d do this!

Early signs of syphilis are blisters or lesions on your genitals. You might also get a red/brown rash over all or some of your body. There are simple treatments for syphilis if it's caught early enough - such as a course of antibiotics. But you need to get tested to get treated.