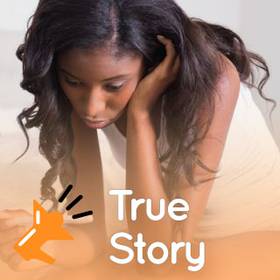 MyStory: How I became a teen mom

I got pregnant the first time I had sex when I was 16.

My boyfriend and I had been dating for two years and I was in Grade 10. I told him to use protection. I saw him put on the condom. But it broke during sex. I don’t know, maybe it was past its expiry date. Or maybe he just didn’t put it on right.

I was so scared! But he promised me that nothing bad would happen. It was my first time after all. I believed him. I kept telling myself I can't be pregnant from just one time!

But after a few weeks, my body started changing. I missed my period one month. And then the next one. And then again. I was feeling sick and nauseous. I developed hips and my boobs grew. People started asking the secret behind my ‘good looks’

I knew in my heart I was pregnant. But I was too scared to take a test. I hid it from everyone including my boyfriend.

I was able to hide my secret until I was six months pregnant. But then my stomach started to grow. That's when I told my family and boyfriend. My mother immediately took me for a pregnancy test at the clinic. The nurses confirmed it. I was pregnant.

My mom was quiet and disappointed. But she didn’t yell at me. I almost wish she did. It would have been better than knowing I had let her down.

My boyfriend accepted responsibility. Our families want us to get married, so we are still together. I had my baby in Grade 11 and went back to school the following year. It’s been really hard. But I want a good job so I can help support my little family.

I am working now to try earn enough to start studying. My boyfriend is working too. He’d also like to study more. Maybe be a doctor.

Being a mother at sixteen wasn't easy, Staying with my boyfriend has been hard as well. If I could do it all over, I would have waited to have sex. I wasn’t ready for this.

If a condom breaks, comes off or you didn’t use one, you can take emergency contraception to prevent falling pregnant. It works for up to five days after having unprotected sex or if your contraceptive method should fail. The sooner you take it, the more effective it is. You can get it for free at a clinic or buy them over-the-counter at any pharmacy.

Find our more in our articles below.