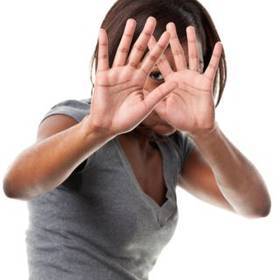 My Story: Raped by my teacher

A secret all these years

When I was seven I was raped by my teacher. I’ve kept it to myself all of these years.

I lived with my mother. Sometimes she would work the night shift to make extra money. She would take me to my teacher’s place so that he could look after me.

He used to stay with his mother too and I would fall asleep in her bed. One night he said his mother was feeling ill and I wasn’t allowed into her room. He told me to follow him.

He led me to another room with a single bed. He told me I would have to share a bed with him.

That night, he raped me over and over again. It felt like it lasted forever.

It’s been almost 10 years since it happened and it still eats at me. I’ve never told a single person.

I think about it when I’m alone sometimes and burst into tears. I can’t help myself. I wish it had never happened.

Speaking out against someone in your life who has hurt you can be very scary and difficult. But telling someone can be the start of a healing journey for you. Talk to an adult you trust - maybe an aunt, an older sibling or one of your parents. You don’t have to go through this alone.