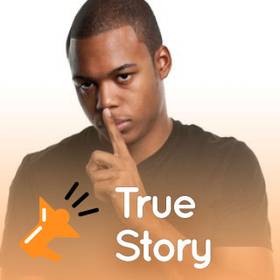 My Story: I lie to ditch the condom

"Do you have a condom?" Killjoy!

Armed with a bit of charm it's not too difficult to convince most girls to go all the way in a heated moment. Especially if she's been drinking.

Sometimes I push my luck to test how far she'll let me get before she suggests protection. And when you think about it, it's the ones who want to use protection that are most trustworthy, right? They're clean because they usually use condoms.

Sometimes I propose to “put it in just for a few seconds”. And of course those seconds become minutes and they forget about all those worries they had in the beginning.

I've also pulled the reverse psychology trick, saying: "So you don't trust me?" And even better, "So am I to take this as a sign that I shouldn't trust you?" That one works like a charm.

Sometimes I "comply" and we get it on. But after a while I’ll suggest, "Let’s lose the condom, babe".

Sometimes, though this one I'm not proud of, I've removed the condom without their permission. I know it's wrong but it just feels better that way.

But I prefer not to resort to such tactics. I usually just ask and that's all it takes for me to get laid my way.

Sex without a condom puts you and your partner at risk. And secretly removing a condom during intercourse is dishonest and dangerous. This reader is playing with his own life… and those of all the girls he has sex with. Not smart. Not funny and not fair.