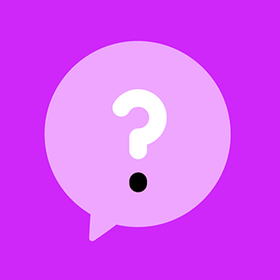 HIV! What’s True and What’s Not?

Don’t Believe Everything You Hear!

You might have heard people talking about HIV and wondered what is true and what is not. It’s important to know your facts!

You heard: You’ll only get HIV if you have a lot of sex.
The truth: You can get HIV even if you have sex only once with someone who is HIV+. If someone tells you they’re HIV-free just to have sex with you, don’t believe them. Only you can protect yourself!

You heard: If a boy withdraws his penis during sex just before he ejaculates then he can’t give you HIV.
The truth: A boy releases a small amount of fluid, called pre-ejaculate, during sex before ejaculation. If he’s not wearing a condom, you are at risk.

You heard: Two condoms are better than one.
The truth: Two condoms on a penis are not better - they are more likely to break! Also if a boy is wearing a male condom and a girl is wearing a female condom, the friction (rubbing together) can increase the risk of one of the condoms breaking.

You heard: If both sex partners are HIV-positive, they don’t need to practise safe sex.
The truth: There is more than one kind of HIV. So if you had one type of virus and you get another type, you will have two different viruses attacking your body instead of one. Another problem is you can get a virus that is drug resistant from your HIV positive partner. This means that you would have a virus that does not respond to one or more ARV drugs. This reduces your treatment options. Or they could pass on another STI.

You heard: You’ll get HIV by being around people who are HIV-positive.
The truth: You can’t get HIV from an HIV-positive person if you hug, kiss, touch or share food with them.

You heard: If a man is circumcised, he won’t get HIV.
The truth: A circumcised man can still get HIV, but his risk is reduced.

You heard: Traditional medicines can cure HIV.
The truth: Unfortunately, there is no cure for HIV.

You heard: If you have sex with a virgin, you’ll be cured from HIV
The truth: You’ll infect the virgin with HIV but you won’t be cured!

You heard: A girl can't give HIV to a guy.
The truth: It's slightly less likely for a guy to get HIV from a girl but it happens all the time!

It is important to test and know your status. If you are positive, you can start free ARV treatment. HIV tests and treatment are free at all government health facilities.