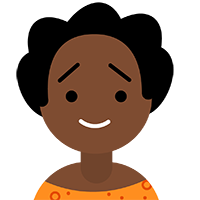 Is There a Happy Ending?

One of my friend's sisters is getting married. She's going to become the second wife of an older man.

I grew up with with a strong and loving family so this is strange to me, even though I know it happens. My parents were married right up to my father's death, and they cared about each other up to the end.

But the truth is that I know my father had other women - I heard them argue over that one time. My father was saying, “You are the one I come home to, you are my love!”. I am not sure if my mother was convinced though.

So having more than one wife seems like a more honest version of that situation. No lies, no hiding. But then why does the idea of it feel wrong to me. Does it cut both ways? Can he sleep with a few wives and she with other men?

My friend tells me that in his culture, the women never go with anyone but their husbands. I don't believe that is always true. But if the men need to believe that to protect their egos, then I guess it works.

If there was any kind of marriage that I would want, it would be the one my parents seemed to have. One is enough for me, thank you! But I will not accept my husband to have a small office like my father! Sharing partners is very risky nowdays!

Polygamy may be allowed by customary law but it may not be right for you. In legal marriages the partners swear love and loyalty to each other for life. If love goes out of the window though, it is better to end the relationship rather than both parties cheating and putting each other at risk for HIV! What works best for you? Do you know it’s your right to choose?

What's all the fuss about culture and marriage? Read more below