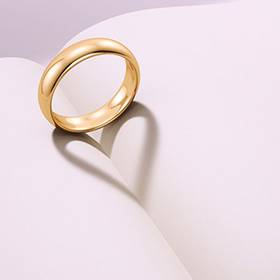 It’s a Girl's Right to Choose

All girls, and all people, have the right to choose when they marry and whom they want to marry. This is a right that is written into law and can be protected by the police, or the courts of the country.

But the law isn’t always practiced at home! Some elders still practice a custom of telling young girls of the family to marry an older man. They don’t know that it is illegal and harmful. The girls are most often told they have no choice, or that it is their ‘duty’. But that is not correct. The law says that girls do have a choice. All over the world organisations are fighting this outdated and harmful practice.

It removes a girl’s right to choose.
Forcing a girl to marry ignores the fact that a girl can choose whether or not to marry.

It is illegal.
With a parent or guardian’s consent, the marriage of teenage girls is sometimes allowed depending on their age. But, if they are very young (usually under 15) it is completely prohibited. In many African countries the legal age for marriage (without parental consent) is between 18 and 21. In many countries, marriage is illegal for anyone under the age of 18. This is because girls who are married young are not mature enough to make such an important decision, are more likely to die when giving birth, and their infants are more likely to die as well. Marriage robs girls of their opportunity to continue with education and be self-sufficient in the future.

It promotes sexual abuse.
Married girls are forced to have sex with an adult (their husband) while still legally a child. But the law protects every child against sexual abuse. If an adult has sex with someone who is under the age of consent (usually 16 or under), it is a criminal act called statutory rape. Report it to the police.

Girls fall pregnant too young.
Child marriage exposes a girl to pregnancy when her body is not ready. Girls who fall pregnant while still teenagers can suffer from dangerous pregnancy and childbirth complications.

Girls are exposed to STIs
An older man has likely had a number of sexual partners. Having sex with an older man exposes a girl to a higher risk of HIV and other sexually transmitted infections. A young person will find it harder to insist on safe sex and harder to negotiate condom-use. Child marriage condemns young girls and/or boys and their children to poverty.

Child marriage is a violation of your rights and greatly reduces what you can earn in your lifetime. Delay marriage until you have invested in your education and health. If you are forced into it, report it to the police and they will help you. Girls who don’t marry young and finish school instead, go further in life.