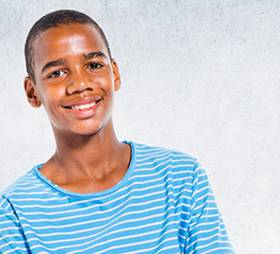 Is it what guys want?

What would be your reaction if a guy you are with told you to finish up your drink so you could meet in his room afterwards - all on your first date?

For most people, a date is the start of a potential relationship and maybe a serious one at that. Traditionally, the rules of dating suggest that having sex on the first date is not a good idea. Not if you’re hoping for a real relationship with a happily-ever-after ending. The rules of dating suggest you keep your pants up, at least on the first date. And there’s good reason to stick with these rules.

But a recent newspaper survey claims that most men do want to have sex on the first date - if the date seems to be going well. As part of the survey, the newspaper polled 800 people.

Over 50% of the guys who took part said they wanted a woman to say yes to sex on the first date. The women polled disagreed. They said guys should only ask for sex when the relationship matures.

The survey also showed that on average, most people are more comfortable starting to have sex sometime between the second and sixth month of the relationship.

You might like someone when you first meet them. But wait a bit. A first date is just that: a meeting with someone you don’t know well. You may not want to wait for marriage to have sex but do play it safe and get to know just who you’re with before you do.

Would you ever have sex on the first date?